An interview with a local Wonder Woman: Dr. Patricia Butcher 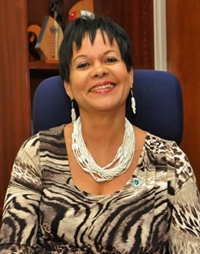 Can you tell us a bit about your journey?  Where you came from to where you are now? 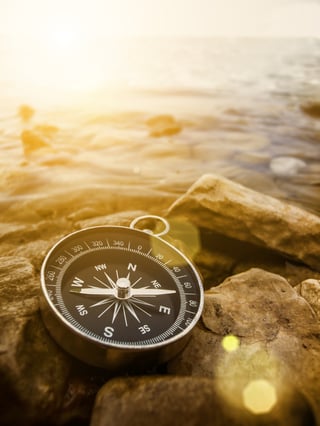 My journey started in my mother’s womb as my formative years began in a kindergarten at Riverside Rd, Curepe, which my mother established in order to assist my father, a public servant, in making ends meet and in providing the basic necessities for the comfort of our family.

I am third in a family of five children with a boy and a girl before me and a boy and a girl after me. My younger brother is now deceased. May he rest in peace. I am a Roman Catholic and my parents, my mother in particular, inculcated strong moral and spiritual values in our home and brought me up in an environment where I learned to appreciate what God provided and to accept the blessings as and when they came. After I graduated from her private school with a solid foundation, I attended St. Joseph Girls Roman Catholic School, completing the Common Entrance exam with a scholarship and moved on to St Joseph Convent, St. Joseph, graduating with 8 ‘O’Levels and 3 ‘A’ Levels. I was honoured to have held the post of Captain of the St. Joseph house and to have excelled academically throughout my school career. At the graduation ceremony, I received the ‘La Rosiere’ award, which was given to the student who represented the spirit and ideals of the Convent. I was honoured as well to have received the award from deceased Archbishop Anthony Pantin, who placed a crown of roses on my head and a rosary in my hands as my gift.

I sang in the choir at Primary and Secondary school and graced the stage of Queens Hall, where I participated in several Music Festival competitions, singing solo, duet and trio and winning many trophies and accolades at that level as well as with the junior and senior choirs. I was also a member of the St. Joseph Roman Catholic church choir and the Marionettes and Avian choirs.

I attended the University of the West Indies in St. Augustine and obtained a Bachelor of Science Degree in Management Studies, Lower Second Class Honours and subsequently in 1993 obtained my Executive Masters in Business Administration, having been among the first cohort of students of the then UWI-IOB founded by deceased Gordon Draper. Subsequently, in 2012, I acquired a Doctorate in Business Administration, graduating with a GPA of 3.91 from the University of Phoenix in Arizona.

What were some of the challenges you faced? Specifically, as a woman. 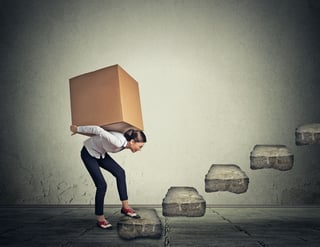 As a woman, I always felt that pregnancy would prevent me from ascending to the highest level in the business world. My plan therefore was to have a small family and to strike a balance between home and work. I was fortunate to have a large extended family including a mother and mother-in-law who looked after my two daughters thus allowing me to focus on building my career at a very crucial period. I was also blessed with a supportive husband who instilled in me the confidence that I could reach the highest pinnacle in my career.

My early 5 year stint at Amoco Trinidad Oil Company and my 15 year tenure at BWIA International toughened me and exposed me to the rigours of the business world. At the same time, I was exposed to the international arena thus widening my perspective on how business was conducted internationally. As a woman, my challenges came from my female counterparts as well as my male colleagues.

My mentors were mainly male professionals who counselled and guided me as I climbed the corporate ladder. I sometimes felt that it was more difficult and would take longer for me as a woman to make it to the top. I knew that my shoulders had to be very broad, that I had to be tough and that I had to be knowledgeable in my area of expertise and to act professionally at all times if I wanted to be successful. I was brought up in an environment where I learned that hard work and drawing on the strength of God, our Heavenly Father, was the gateway to success.

How were you able to successfully overcome these challenges and break barriers? 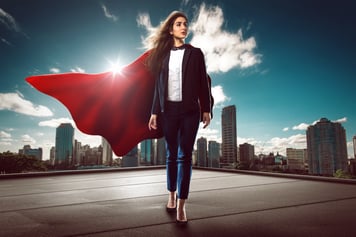 After graduating from UWI St. Augustine, my first job was at Consolidated Appliances Ltd. where I held the position of Public Relations Officer for approximately one year. Pregnancy caused me to stay at home and to look after my first daughter for the next year. Boredom caused me to quickly abandon the idea of housewife duties on a fulltime basis. I knew that I needed to interact with people on a more regular basis and to be mentally stimulated on an ongoing basis as well. My husband was very supportive in this regard and encouraged me to apply for positions so that I could continue to work. This decision would also assist us financially as we began to build our life together. My mother-in-law who reared 11 children, was only too happy to look after her granddaughter and I was assured that all would be well for me to return to work. Family support was crucial to my overcoming any challenges that were presented at that time. I was fortunate to be hired at Amoco Trinidad Oil Co. as a junior Accountant and spent five years at that institution working my way up through the ranks to Intermediate Accountant and then to Supervisor of the Budgets and Tax Dept.

I realised that one of my major strengths was interpersonal skills and I deduced that a career where I had to interact with people on a more frequent basis would provide me with the greatest job satisfaction. I then applied and was again blessed to be hired at BWIA Intl. as a Management trainee working my way from Mgr. Employment and Compensation to Head of Human Resource and Administration and subsequently to VP Marketing and Director Customer Service over a 15 year period. The decision to move to BWIA was indeed God ordained and the exposure that I received locally and internationally is one of the highlights of my career. The journey was challenging and at the same time exhilarating. I was afforded the opportunity to visit several countries and to be exposed to many cultures. I could not have succeeded in moving up the ladder without the assistance of my mother, my mother-in –law, my older sister, who was a teacher and took my daughters to and from school as well as my extended family, which included my aunt in law who was a nurse and was always present to deal with any ailments that arose with my kids during the time that I was out of the country on business.

To conclude, the challenges were always present but I always knew that I was blessed and with the help of God and my family, no challenge was insurmountable.

How were you able to distinguish yourself from your contemporaries? 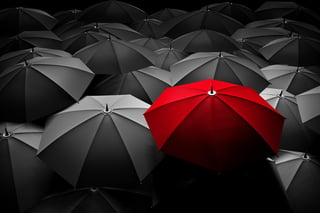 One of the best decisions that I made in my life was to sign up to pursue the Executive Masters in Business Administration at UWI/IOB now the Arthur Lok Jack Graduate School of Business. The knowledge gained and interaction with my peers/ colleagues in the business world enhanced my confidence in myself and made me realise my potential to assume higher office. After I graduated, I applied for a transfer to a vacant position of VP Marketing Operations at BWIA Intl. I felt the need to broaden my horizon and get exposure to another side of the operation. I was also offered by the then Minister of Health, to serve as a Board member of the Central Regional Health Authority. Subsequently, I served as Chairman of the Board of the Hospitality and Training Institute and Chairman of the Export Centres Trinidad Ltd. These opportunities contributed as well to enhancing my knowledge and capability to contribute to the development of my country. I also served as CEO of the Youth Training and Employment Partnership Programme, a world bank project prior to my position as Executive Director of the Trinidad and Tobago Hospitality and Tourism Institute for the past 20 years until February 15th.

In addition to my full time jobs, I taught part time at the School of Continuing Studies, the University of the West Indies and The Arthur Lok Jack School of Business. I was also trained as an Evaluator by the Accreditation Council of Trinidad and Tobago and have been part of a few audit teams to evaluate educational institutions for registration or continuing registration/accreditation. I serve as the President of the Trinidad and Tobago Netball Association. I started this journey in 2009 until 2011 and was able to lead the team to cop the award for best sporting Administration in 2011. I took a hiatus in 2011 to complete my doctorate and was asked to serve again in 2013. I have held the position since that time and have been propelled to the position of President of the Americas Federation of Netball Associations (AFNA) in 2015 for a four (4) year term. I have also been elected as a member of the board of the International Netball Federation (INF) and regional representative for the Americas on that body for a similar period starting from 2015. These positions afford me the opportunity to travel extensively and to keep on the cutting edge whilst honing my skills in the area of Sport administration.

A common issue that women tend to face is that of striking a balance between work and life. Have you been able to find that balance and what are some tip/pointers you can give to women who too are looking for the same? 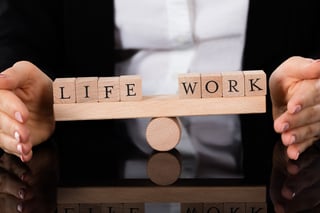 In retrospect and having been called upon to share my journey on a few occasions, I believe that the support of my spouse and my family has been the catalyst throughout my journey. Without that support, and God’s help I could never have achieved and been able to strike a balance between work and life. My journey was ordained by the Creator. I am convinced that we are not here, in this place by chance. Our lives and paths are ordained by God and once we keep close to Him, the choices that we make will be guided by Him. My continuous prayer has been for the Lord to use me in accordance with His purpose for my life here on this earth.

What advice would you give to women/ young women who want to break away from the mould, but are afraid to do so?

In retrospect, I could never have achieved without the support structures in my life. God, my spouse, my family, mentors and close friends who cared about me, who knew my potential and who contributed immensely to my success. My advice to young women is to draw on the guidance and strength of your Creator. Have a goal, do not deter from your focus and work steadfastly toward achieving it. Be confident in yourself and in your God given ability and talents.

Join other Wonder Women who are fearlessly breaking barriers like Dr. Butcher and yourself at the Women in Leadership Conference 2017 on July 20th, 2017.

Then you need to be at #WIL2017! Be inspired by Featured speaker, Marilyn Tam Ph.D, who is the: