Foreign Exchange Solutions - The Good, the Bad and the Ugly 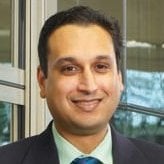 There has been a constant chorus of complaints about the unavailability of foreign exchange in the Trinidad and Tobago system. This is nothing new and has been around for quite some time. The truth is being exposed, although it was never really hidden. That is, our economy is so highly dependent on the sale of gas and oil for a supply of Forex, that any shock in the commodity prices has an immediate and direct impact on our minuscule economy.

There have been calls and attempts at economic diversification and most of the attempts so far have been false starts. The latest gas find of 2 TCF seems to have comforted some, but don’t be fooled, this is not a long term solution to the problem.

So what are some of the possible solutions to the Forex problem? In this article, we touch on only four possible approaches: 1.Tactical maneuvers, 2. Depreciation, 3. Dollarisation, and 4. Forward Markets.

Each of these alternatives have a variety of pros and cons that will have significant impacts on different sectors.

This is what we are doing today. Typically, when there is a shortage of any resource, a natural response would be to start rationing the item. One way is to allocate Forex in reduced amounts to users based on their past needs and requirements. However, this means companies and individuals are not able to get as much as they want, but we all do not get what we want equally. An “enhanced” rationing system is where preference is given to certain sectors, in our case manufacturing. This means “more to some and less for others”, like the retail sector that is presently under stress. However, the logic is that if we allocate the resource to sectors that have a higher propensity for earning Forex, we may be able to expand the supply, even if it takes a long time to come on stream and make a meaningful impact. What will be our next tactical maneuver? We will have to “wait and see”!  Tactical maneuvers can be responsive in nature, but below we examine some more strategic options that should be examined to try to create a permanent solution.

Depreciation is an alternative proposed by many a renowned economist that promotes free market ideologies, but it does have dire consequences. According to Lloyd Best, in order for a depreciation to have the desired effect it must be large enough to cause significant change in behaviour i.e our spending habits. This of course, with the associated inflation comes at a hefty economic price especially for the middle and lower income groups. It is also a politically expensive policy decision. Once the currency is devalued or depreciated, it rarely returns to its original value. There is usually a re-calibration and the depreciated value becomes the new normal until some future time when the Forex problem resurfaces and there are calls for further devaluations. However, if the economy picks up sustained growth momentum fueled by increased foreign direct investment, fortunes can be reversed and currency appreciation is a real possibility. The TT dollar once upon a time traded at TT$2.42 to $1 US. Can you imagine the TT dollar regaining that strength? It is certainly a stretch for our imaginations. While it may be a tough pill to swallow in the near term, depreciation is likely the quickest route to a solution of the shortage problem.

Dollarisation is a very controversial alternative, where we throw away our national currency and use the US$ or some other major world currency as our own. There will be no problem getting Forex then, because it will be all that we have.  It requires however, that the government relinquish control of the monetary policy levers.

The arguments for and against are numerous. Some argue that this is tantamount to relinquishing our sovereignty. But do 1.3 million Trinbagonians really require a currency of our own that has very limited acceptability outside our sovereign borders? Are we living in a fool’s paradise? Does current economics even respect sovereignty? Stated differently, does capital respect sovereignty or does capital flow toward areas where it can generate a positive rate of return at an acceptable risk?

Going down the road of financial evolution, we could expand the local Forex market into two segments. A spot market for retail transactions and a customised forward market to serve the corporate / commercial sector. The spot market is the same as what we have today, where you buy or sell Forex at the prevailing market rates dictated by the Central Bank (but offered by the commercial banks and a limited number of authorised dealers) to receive whatever you can get immediately. This spot rate can remain as a managed float as we have today, and the central bank can determine an acceptable percentage of the total supply that will be allotted to this market. Simultaneously a customised forward market can be created so that corporate entities can book Forex transactions for delivery of the currency at some point in the future (3, 6 or 9 months). This system will give business more certainty of when and how much Forex they can obtain, and allow them to better manage their foreign payables etc. What is the catch? It is that since the supply of US$ is lower than the demand, the pricing of the forward exchange rate will have to account for not only the interest rate differential (as in major currency trading) but also include a premium to account for the supply / demand imbalance. While the Central Bank can still exercise some control on these rates after solid quantitative modelling, it is a graduated move towards a free market system, that will increase the effective USD/TTD exchange rate to higher levels for the corporate sector eventually having similar effects as a depreciation. The proviso being that the Central Bank will retain control at all times.

The purpose of this article is not to promote an immediate or definitive solution, but rather to provoke a deeper discussion towards finding a long term solution, whether it be one of the four above or any others (like a regional currency, expanded use of crypto-currencies for example bitcoin or even attractive tax incentives for local companies outside of the energy sector that are or become net earners of Forex).

So, from the four approaches, which do you think would be the Good, the Bad and the Ugly?

Bhushan Singh (b.singh@lokjackgsb.edu.tt) is a former executive at a large financial institution and is currently a Lecturer and consultant at the Lok Jack GSB.

Navin Dookeran (n.dookeran@lokjackgsb.edu.tt) is a Lecturer and Programme Director of the Executive MBA at the Lok Jack GSB and was previously the Head of Credit Risk for Manulife Bank and Trust, and worked at the RBC Financial Group on Bay Street in Toronto, Canada.